The Open System Interconnection (OSI) protocol suite is comprised of numerous standard protocols that are based on the OSI reference model. These protocols are part of an international program to develop data-networking protocols and other standards that facilitate multi-vendor equipment interoperability. The OSI program grew out of a need for international networking standards and is designed to facilitate communication between hardware and software systems despite differences in underlying architectures.

The management of legacy telecom equipment such as Wireline, GSM or SONET/SDH switches, still relies on OSI protocols for the communication between NMS (network management system) and NEs (Network Elements).

MARBEN OSI product line – MARBEN OSIAM - is the leading networking solution available in portable source form. It provides the ultimate off-the-shelf management network solutions. Marben has worked on OSI from its first year of standardization in 1985. Marben has the largest spectrum of customers on OSI for telecommunication from Oracle and HPE to Adtran, Ciena, Nokia, Fujitsu, NEC, Tellabs. 600 000 stacks have been deployed worldwide for SONET/SDH management. 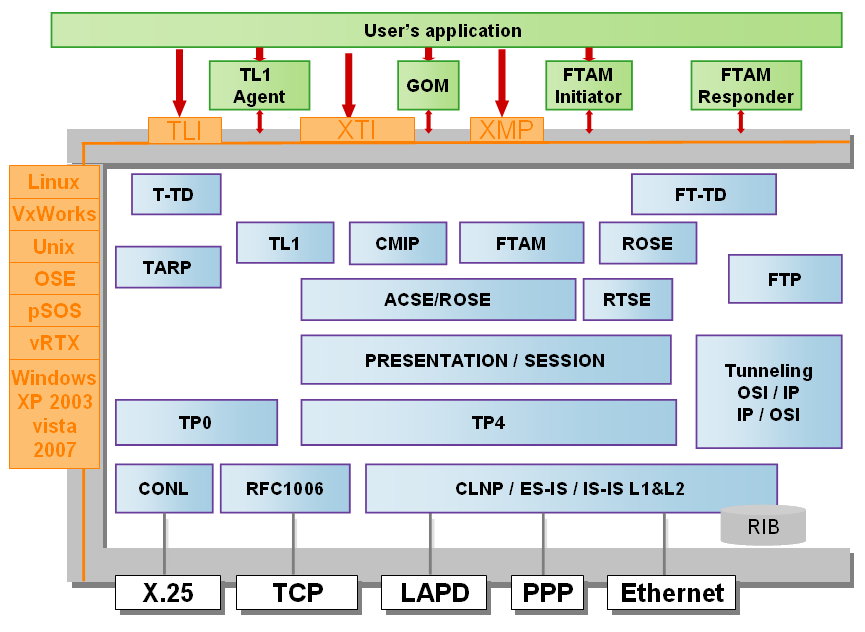